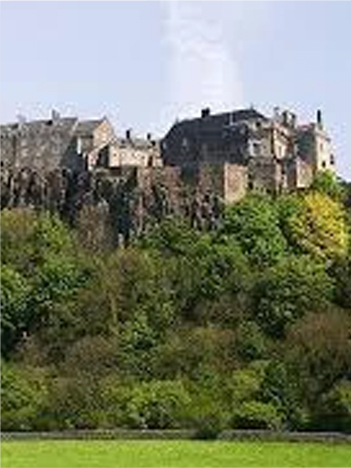 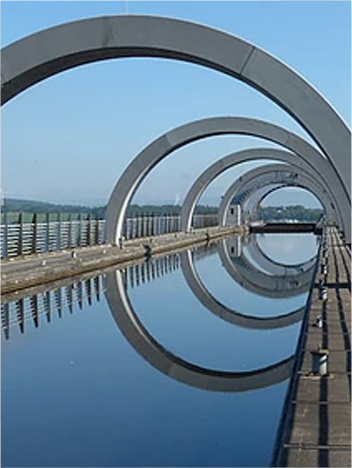 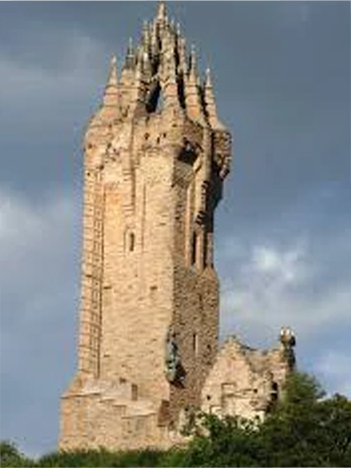 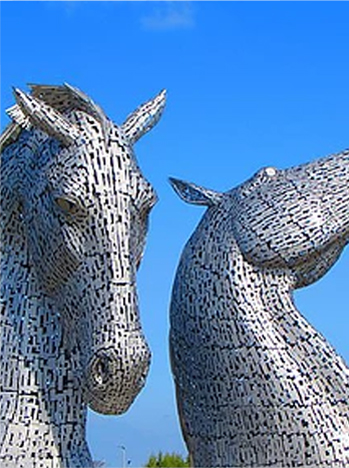 Setting out from Glasgow at 10.am, you will be taken to the Falkirk Wheel. Opened in 2002, this amazing piece of engineering, connects two canals at different altitudes. Tickets will be pre-purchased in advance for you, you board the canal barge at 11.10am and the barge will sail into the Falkirk wheel. It’s shape is designed as a double headed Celtic axe. The wheel will lift the barge 80 feet into the air while simultaneously lowering another barge 80 feet down, at the top, the gates will open and you will sail into the canal above. After a short boat ride around the canal above, you will re-enter the wheel and be lowered back down
to your starting point.

Next, a short drive will take us to the stunning landmark – the ‘Kelpies’ standing 60 metres tall. They are the largest equine sculpture in the world. (The word Kelpie is a Scottish Gaelic word describing a horse that haunts streams and waterways)

Departing from here, we head to William Wallace’s Monument, opened in 1869 (its celebrating 150 year anniversary) the monument is a 67 meter (220 feet) sandstone tower. Access to the tower from the car park can be with either a 5 minute bus ride to the top (recommended) or a 20 minute walk. Built to commemorate Sir William Wallace this is a must see national attraction. In the tower itself are a number of artifacts believed to belong to Wallace himself, including a 1.63-meter(5ft 4inch) sword. After your decent, it’s advisable to pop into the reasonably priced cafe for a light lunch.

Stirling Castle awaits! This is the last leg of your journey, built in the 12th century, nestled on quartz-dolerite (350 million years old) this is one of Scotland’s most important and formidable castles. Many a siege has been laid against this fortress and failed, even the Romans bypassed it! Multiple Scottish Kings and Queens have been crowned here, including Mary Queen of Scots in 1542.

Your driver will then take you to a place in Glasgow City of your choosing.

Adult ……………… £10.50
Child ………………… £6.50
In the summer months the Falkirk Wheel is very popular, and often tickets are sold out on the day. A ticket payment is requested in advance so we can pre-book the Falkirk wheel tickets for you to avoid disappointment.

Saloon Car (up to four passengers)

People Carrier (up to six passengers)